Type of visit
Your selection 2 offers

Moscow
Remote Moscow
2 hours
See the offer
Walk with the elements of the performance, excursion, computer game and quest in the center of Moscow.
Audioguide, Walk, Meal
Learn more about it
Do you want to become a part of a moscovites casual lifestyle? Try something that exists only in Moscow and beloved by its citizens.We propose you to take part in a theatrical project of a new format: a representative of the current genre of "promenade show", the so-called "audio promenade". It combines elements of the performance, excursion, computer game and quest. Spectators do not sit in chairs; they take part in the action themselves. Follow...
Read the full description
Close x 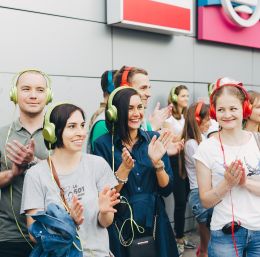 Moscow
Nikulin's Circus
3 hours
See the offer
Marvel at a magical show
Ticket + Guide
Learn more about it
The Nikulin Circus of Moscow, situated on Tsvetnoy Boulevard, is one of the oldest circuses in Russia. It was founded by the artist Albert Salamonsky on October 20, 1880, and nationalized in 1919. The circus knew the dark shadow of fascism during the Second War, a period of history when it continued to offer performances.The Nikulin Circus is renowned for its famous clown who became the chief producer of the old circus in 1983. In order to preserve the memory of its...
Read the full description
Close x 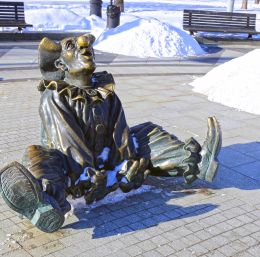