Discover the famous cruiser Aurora, built in 1897 to serve in the Far East. In 1905, the Aurora took part in the Russo-Japanese War. It also took part in World War I before becoming a symbol of the October Revolution in 1917, when the cruiser fired a cannon shot to give the signal of the beginning of the assault on the Winter Palace. The Aurora also participated in the Second World War as a training ship, before becoming a historical museum on water in 1957, and a legend that attracts many tourists each year.

Sent in 2014 to the shipyards of Kronstadt for a complete restoration, the Aurora is now back in dock with modernized museum facilities.

Opening hours: Open from 11 am to 6 pm. Closed on Mondays and Tuesdays. 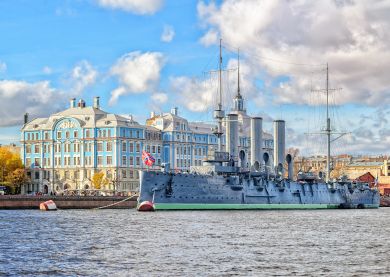 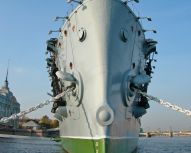 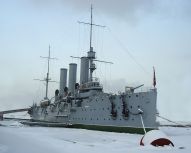 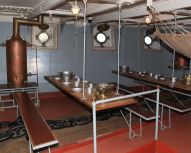 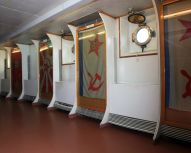